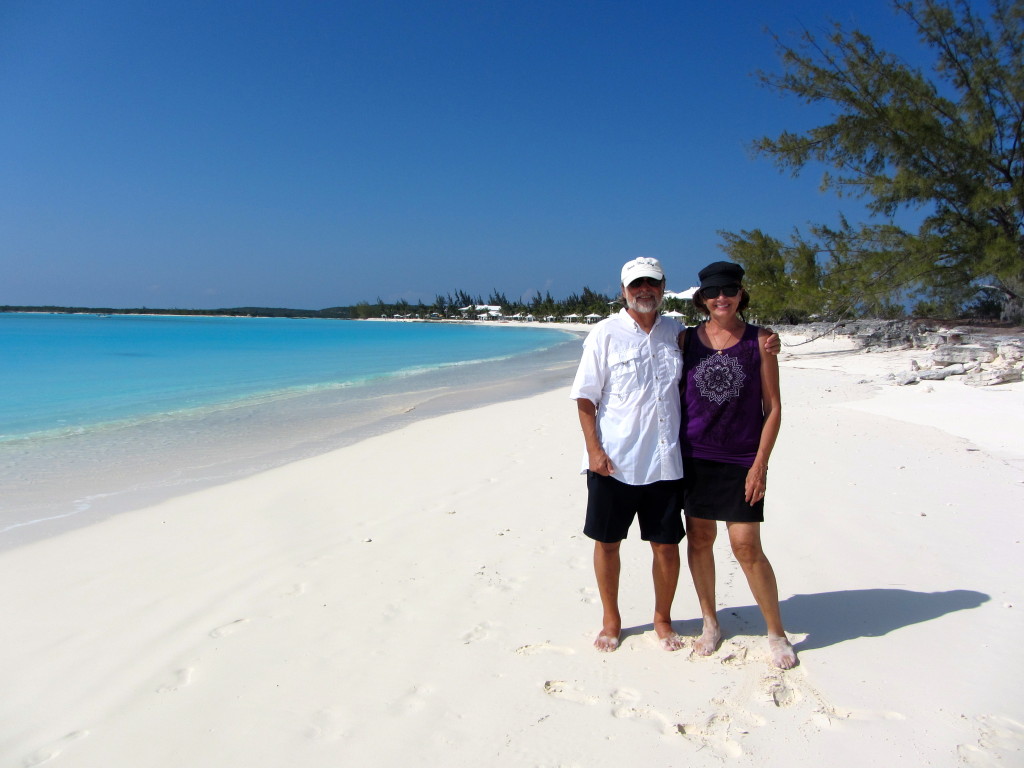 Mark and Jan attended high school together in Duluth, Minnesota and then went their separate ways.  They reconnected at a class reunion 40 years later.   Mark had retired as a Project Management Specialist from 3M and Jan had retired from teaching middle school English.  Minnesota is a great place to live, but they wanted to try something different during their second adolescence.  They love traveling and after growing up in Minnesota, of course they love the water.  Traveling + water = boat.

Why the name Seas the Day?  Well, that’s what they want to do – seize this day and all the days to come.  Incidentally, the dinghy is named Relish the Night. 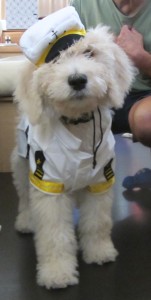 When they moved aboard Seas the Day in 2008, they had a wonderful boat dog, Daisy.  She traveled with them until her death in 2013. More details about Daisy can be found here.  A few months later, they got a new boat dog, Sailor. Both dogs are Goldendoodles. Daisy was three years old when she moved aboard Seas the Day. Sailor was only three months old when he took his first steps on a boat.  Still, in a very short time he learned the skills necessary to take over as First Mate.  He used the trampoline as his personal “head,” ran up and down a ramp to the deck from a dock with ease, and got his “sea legs” quickly.  In the long run, dogs like to be with their people, no matter where they are living. Sailor has visited many beaches in the US and Bahamas. He loves to ride in the dinghy and has even mastered the Stand Up Paddleboard. 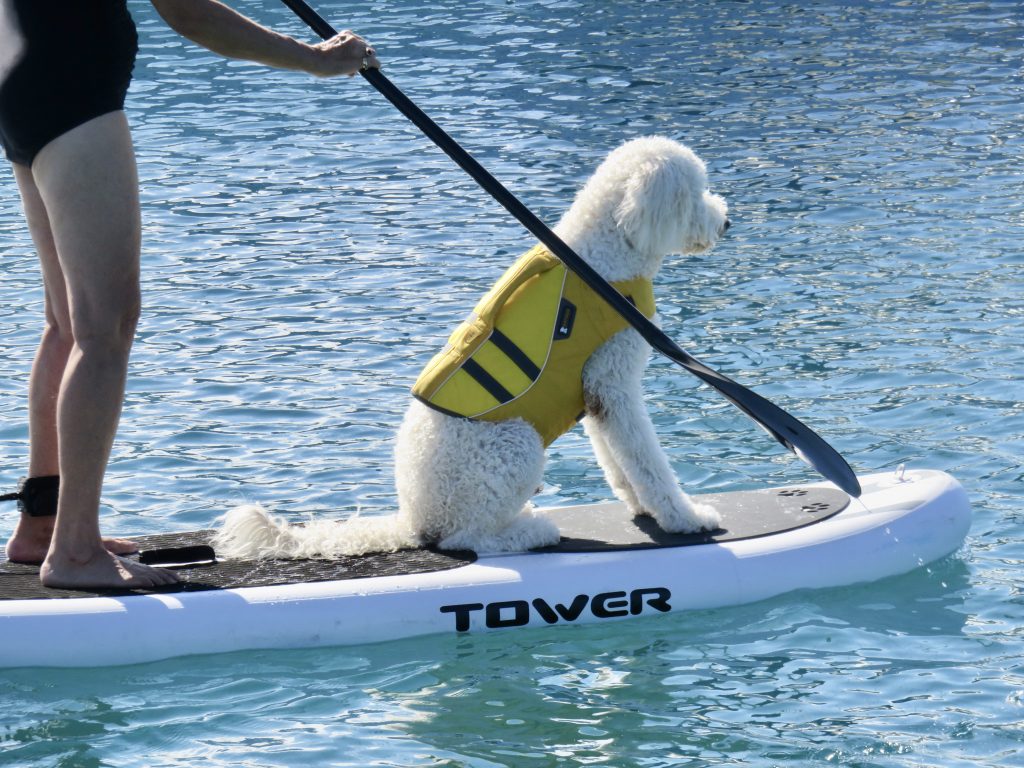