We’ve been in Bimini since Tuesday and today is Friday.  The weather had looked good for leaving on Saturday, but the winds have not dropped.  They were up to 30 kts yesterday with sporadic rainstorms and dropped to the high teens today.  We figured we’d leave before sunrise tomorrow, since it’s a long day’s sail to the Berries where our first stop will be.  Then we took Sailor for an afternoon beach walk and this is what we saw. 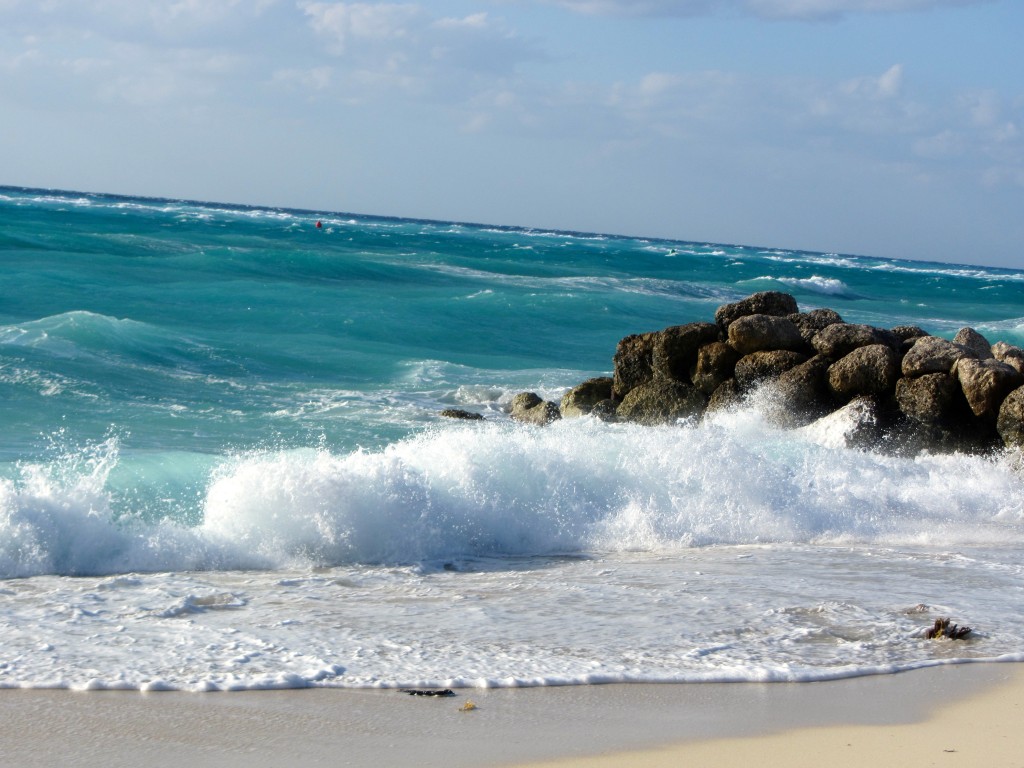 At about 6 pm a 20 ft open fishing boat came into a slip by us.  Six people got off with suitcases.  I asked one of them if they had been out on the ocean and was shocked to hear they had left at noon from Ft. Lauderdale.  He said the waves were 2-4 feet when they left and were 8-10 feet as they came into the marina.  Part way over they lost one engine.  The boat has two large outboard motors. Personally, I wouldn’t want to come across to the Bahamas in that boat in flat seas.  They were soaked and of course thankful that they made it here.  A few minutes later they would have had the additional problem of bouncing up and down in the waves in the dark.

We’ll get up early tomorrow and check the wind and seas, but I doubt that we’ll leave unless the wind has dropped considerably and the seas are much calmer.  We don’t go anywhere unless the sea conditions are very mild.

Shortly after we arrived and took Sailor for his first beach walk in the Bahamas he started to vomit.  Apparently he had eaten sand and then some grass.  We tried to stop him but he was fast. For about a day and a half he kept vomiting and had no interest in food or water.  Finally we got him to drink some water and he threw that up.  At that point I searched online and discovered that if a dog is vomiting bile, which he was by then, you should give him ice cubes, then small amounts of water and then chicken and rice.  At first he wouldn’t come near the chicken and rice.  This is a dog who has never eaten “people food.”  Eventually he gladly ate it, in fact he inhaled it.  After a few meals of this we switched him back to his kibble.  Surprise, surprise, he didn’t want it.  Our previous doodle, Daisy, had many allergies and we traced them to eating table scraps.  When we eliminated people food and went to a dog food that had no fillers and one meat ingredient, the allergies disappeared within days.  We don’t want to make this mistake with Sailor. As you can see below, he is waiting for his chicken and rice and won’t let me put kibble in his dish.  (Eventually he did go back to his regular food, but he is eyeing our meals a little more closely now.) 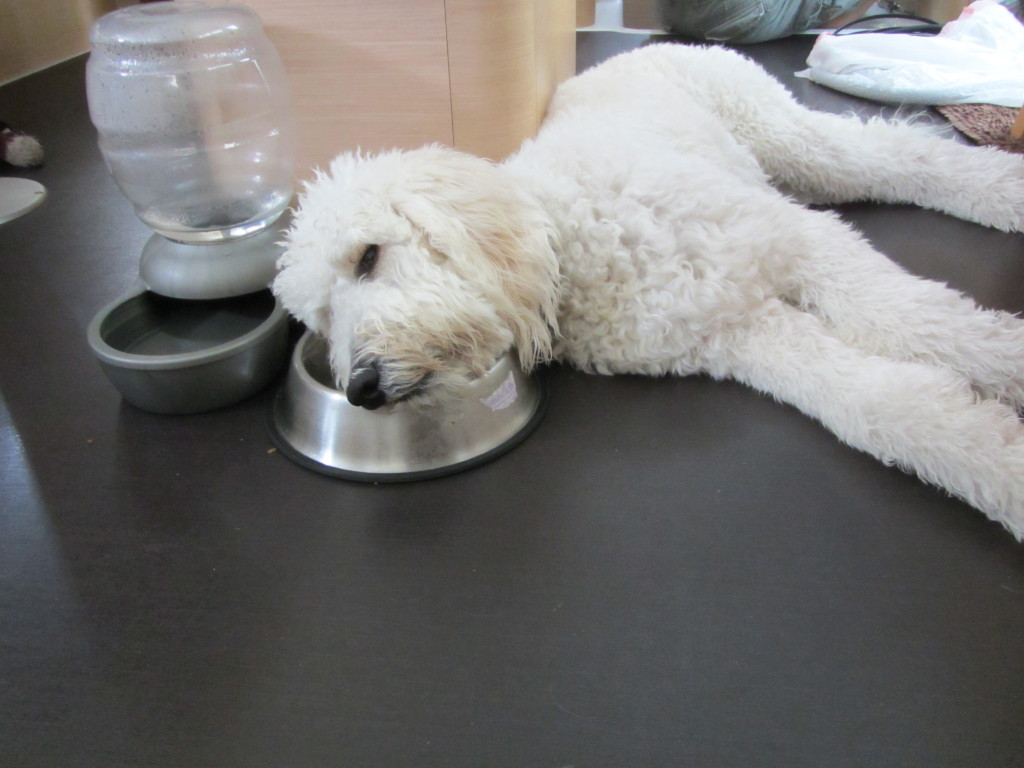