We have lived on the boat since July, 2008, and been to the Bahamas four times. We finally had our first guest in the islands, my son Peter. He arrived on Wednesday, May 13, stayed on our boat in Spanish Wells, and sailed with us to Chub Cay, Bimini, and back to Florida. He flew into the North Eleuthera airport and was met by Calvin Pinder who took him by land and water taxis to Spanish Wells.

On Thursday we rode the water taxi back to Eleuthera and rented a car for the day. Peter is a surfer and lives on the coast in Central California so he was anxious to try surfing in warm water. Eleuthera is known for its good surfing, thus our first stop was Surfer’s Beach. Unfortunately the wind was the wrong direction for good surfing, so we continued south to Rock Sound. There we showed him a dramatic series of caves and a blue hole.

We then drove north to Governor’s Harbour where we had conch fritters at The Buccaneer Club and walked on the beautiful pink sand beach at the Club Med which was destroyed by Hurricane Floyd in 1999. 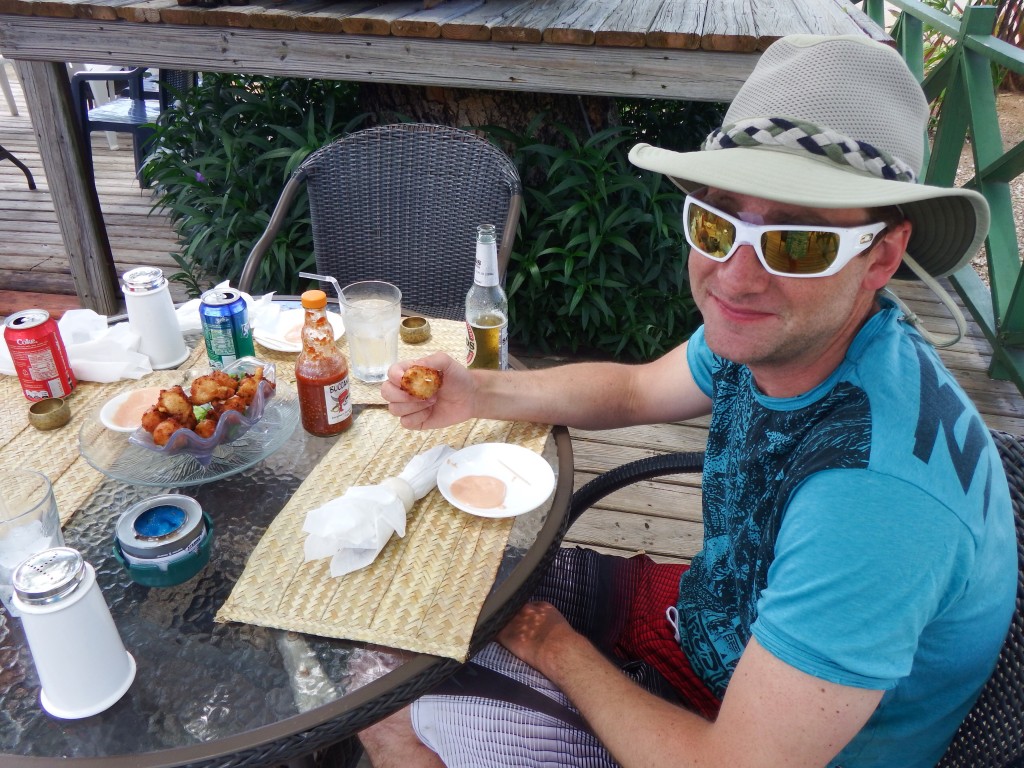 Our next stop was the Glass Window Bridge where the dramatic view has the Atlantic Ocean on one side and the Caribbean Sea on the other. In 1991, a rogue wave came through and pushed the bridge four feet.

On previous car trips we had seen most of the places where we stopped this time, but a new one was Preacher’s Cave. In 1648, 70 people who had left Europe for religious freedom and came to Bermuda decided to find a new place to live and set sail for Eleuthera. They were called the Eleutheran Adventurers. Eleuthera means “freedom.” Unfortunately their boat hit the Devil’s Backbone reef and sunk. The survivors made it ashore but all of their provisions were lost. They found a large cave and lived in it but had no supplies so they built a boat and a small group of them headed to Jamestown, the nearest English settlement. They actually made it and returned with supplies. Later some moved to Harbour Island, Spanish Wells, Man of War Cay in Abaco, and Governor’s Harbour in Eleuthera. 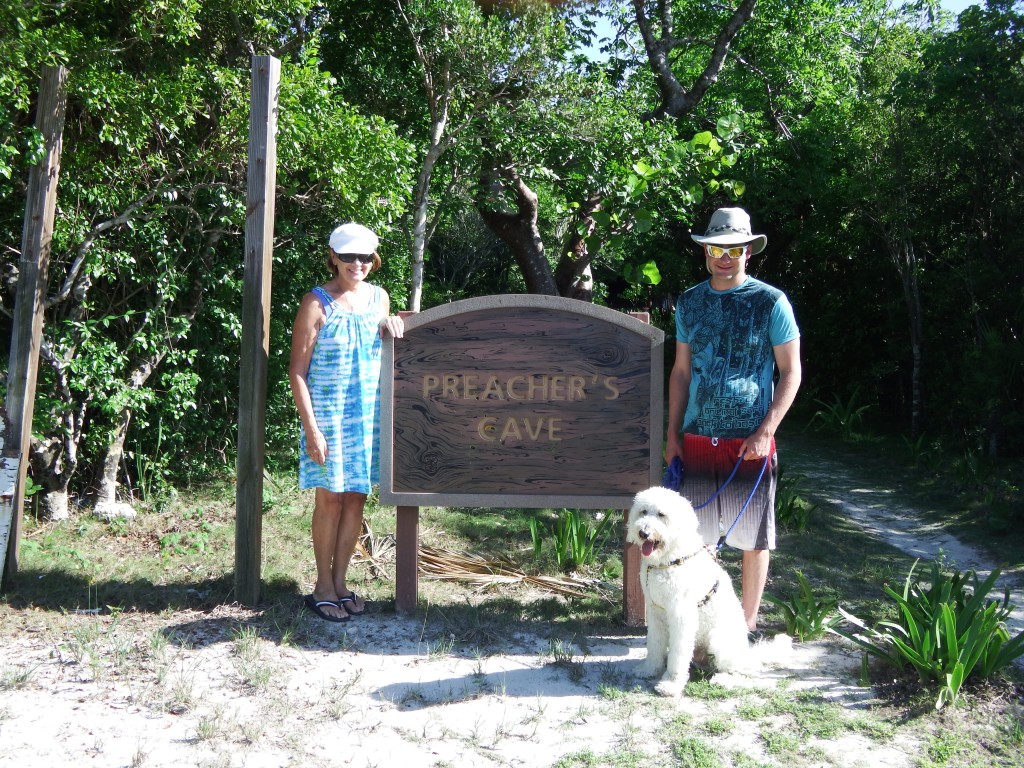 The next day we arranged to go out snorkeling and diving with James from Bahamas Ocean Safaris. It was just the three of us and Sailor with James and we got to design our own water adventure. We started with some diving for Peter and snorkeling for Mark and me. The first dive was over a wreck, but the current was too strong so we went on to another area which had beautiful coral and fish. Diving near the sunken boat they saw a 300 pound turtle with barnacles on its shell. The boat is partly above water in the first photo below. James speared two fish for us, a hogfish and grouper. Our next stop was a huge sandbar that rises out of the water at low tide and disappears at high tide, much like our favorite anchorage in the Bahamas at Joe Sound. Sailor of course loved being able to run free and had fun chasing birds. Peter snorkeled and found a trumpet conch and lots of sand dollars and shells. 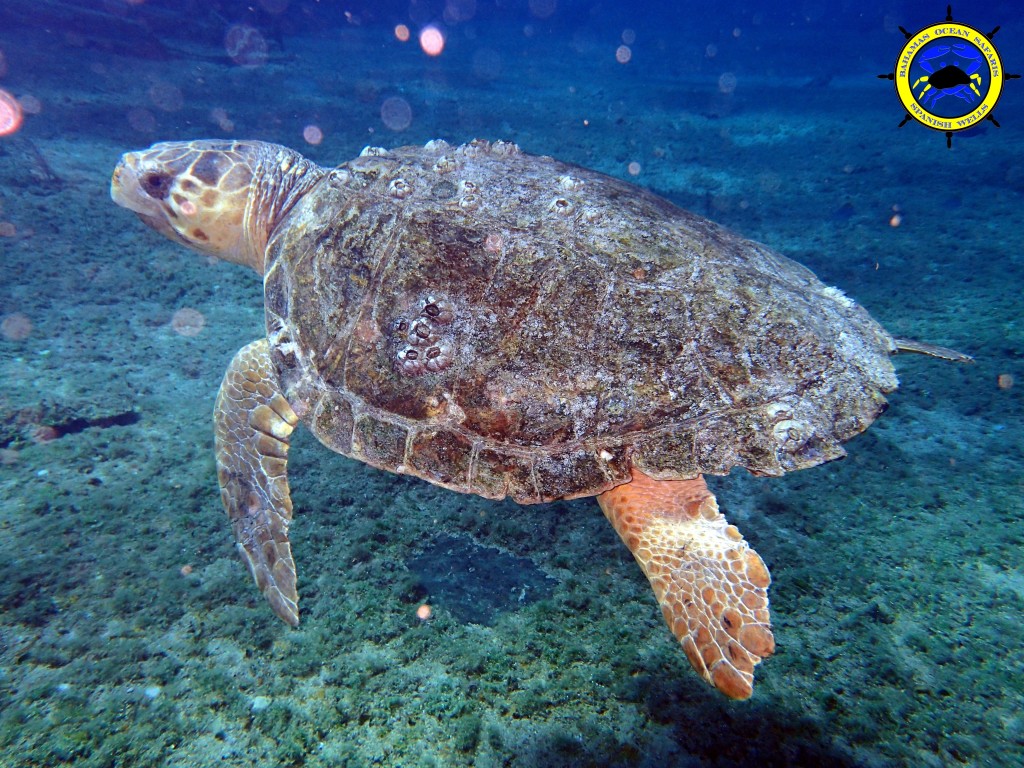 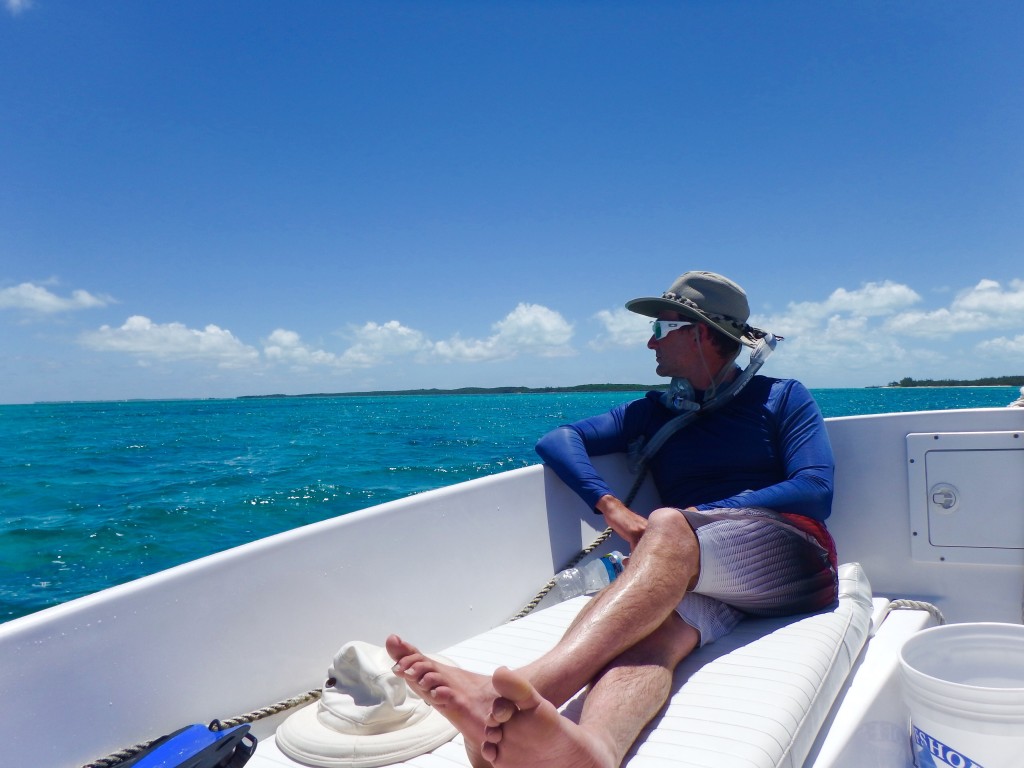 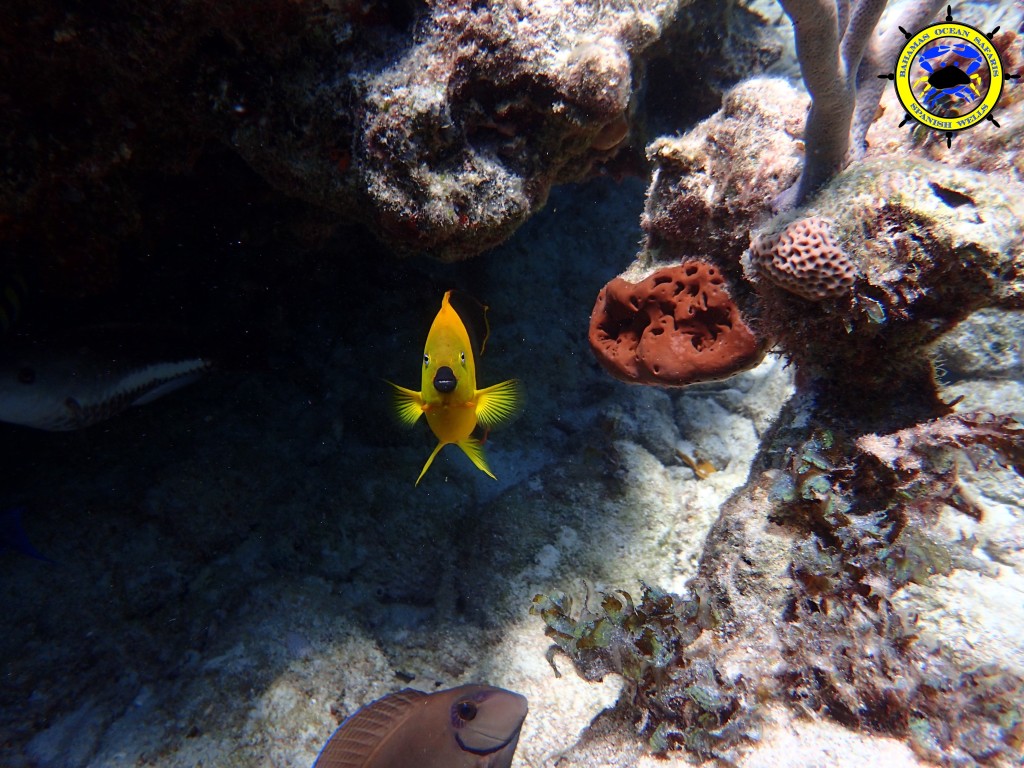 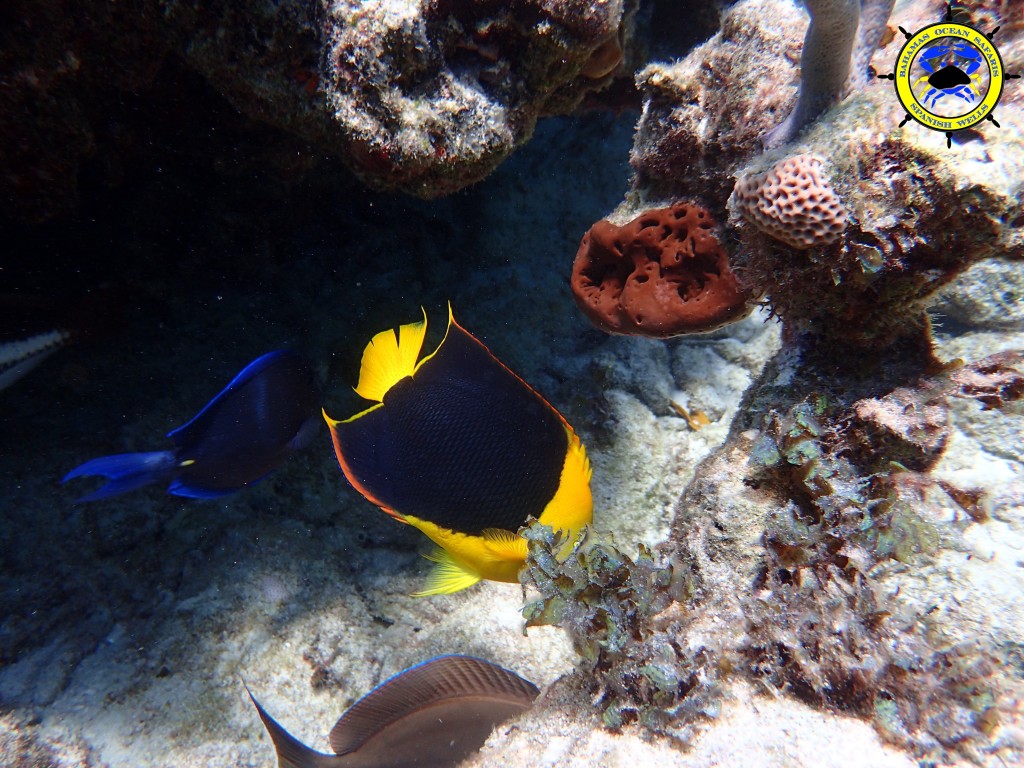 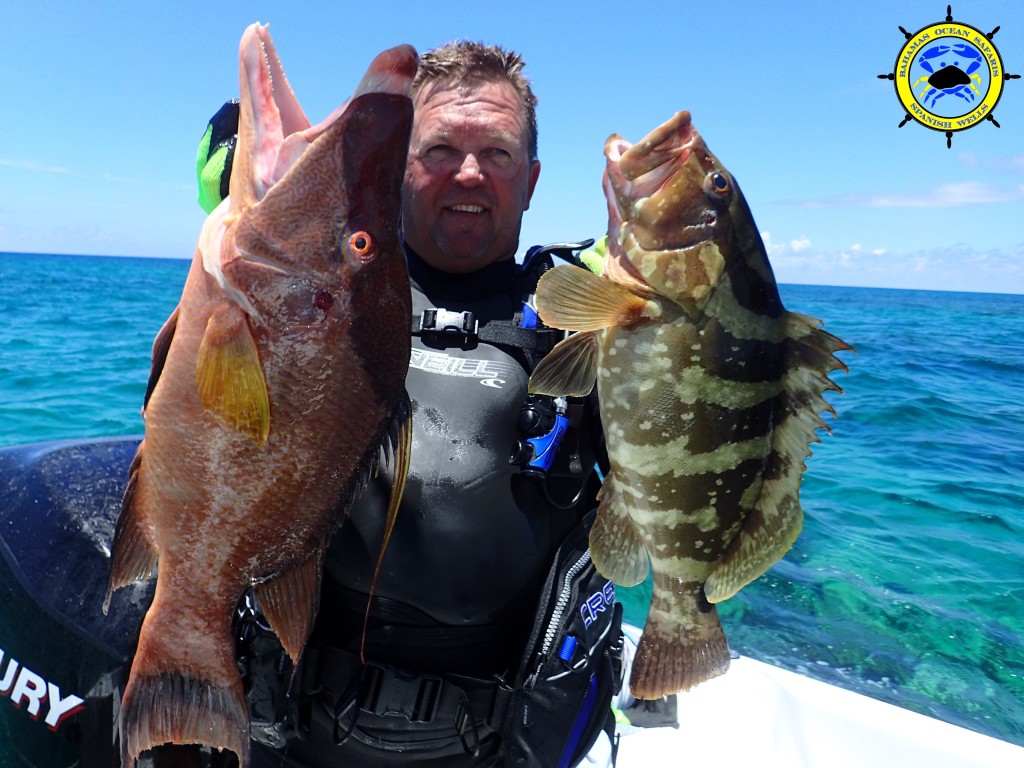 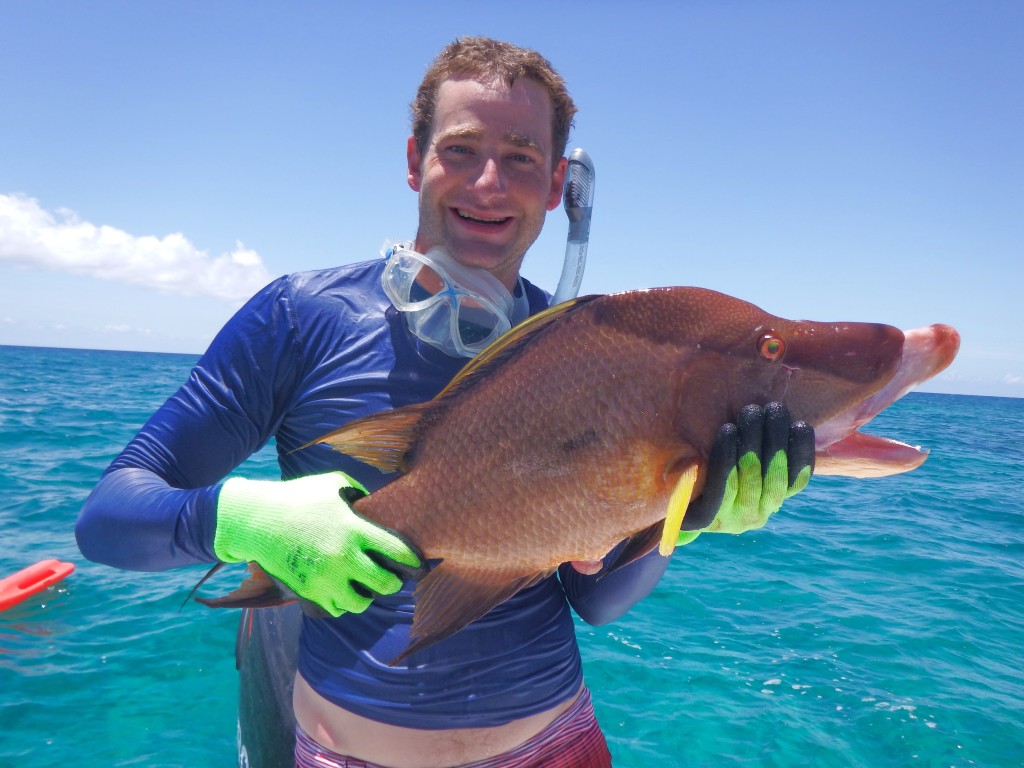 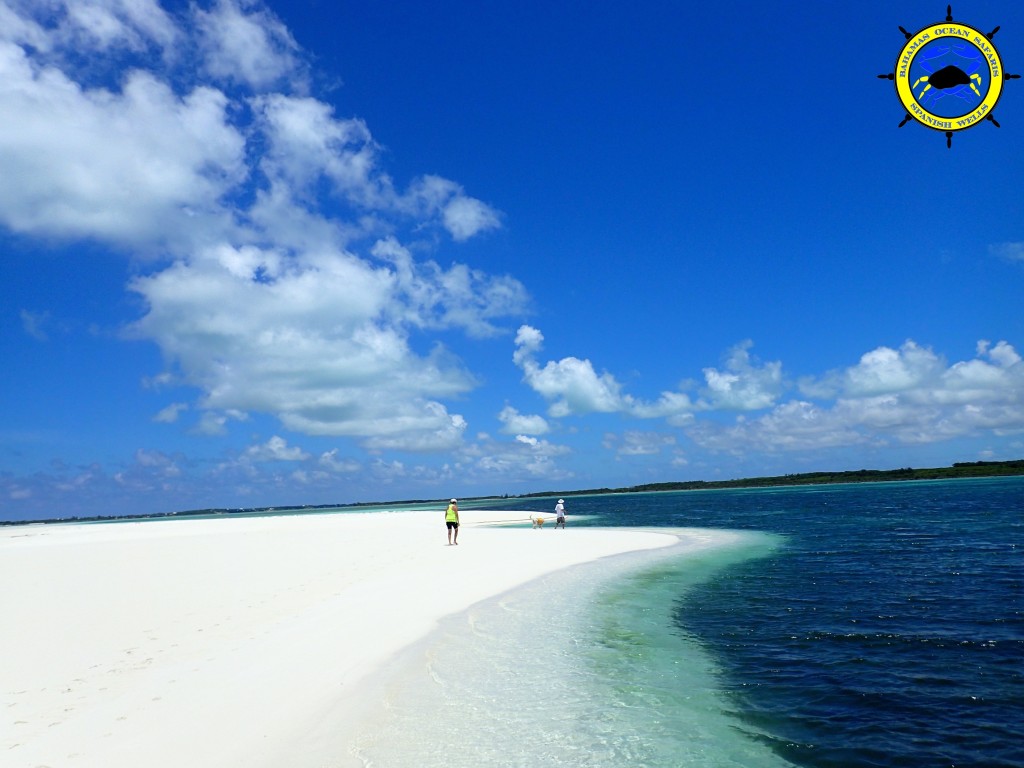 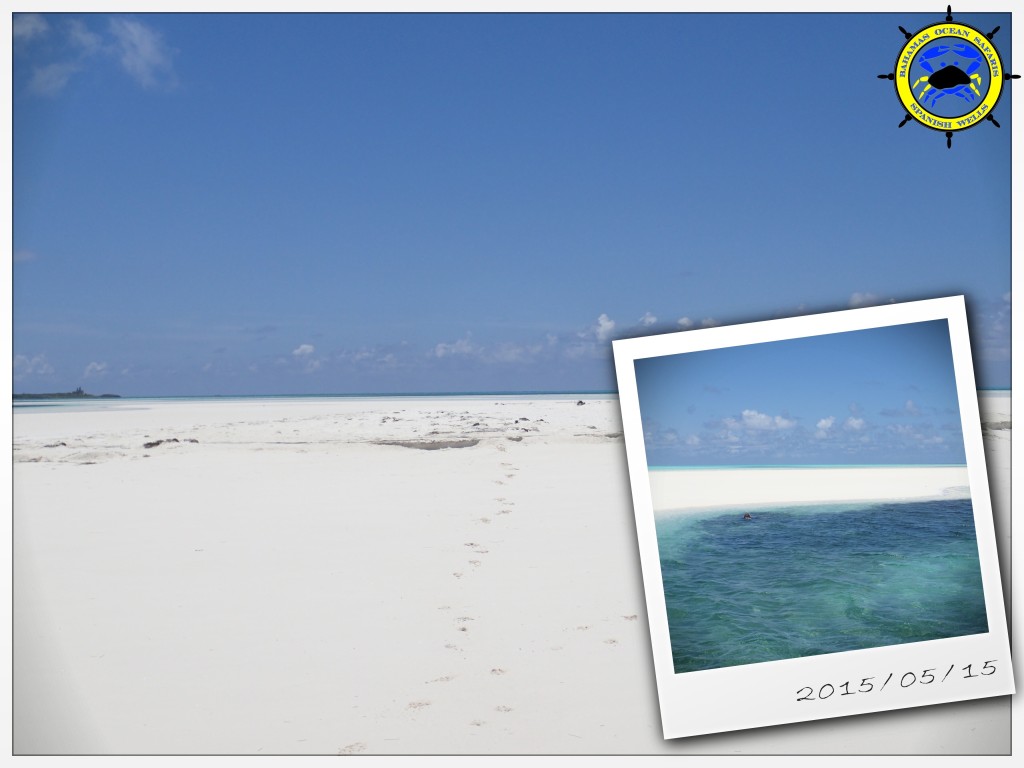 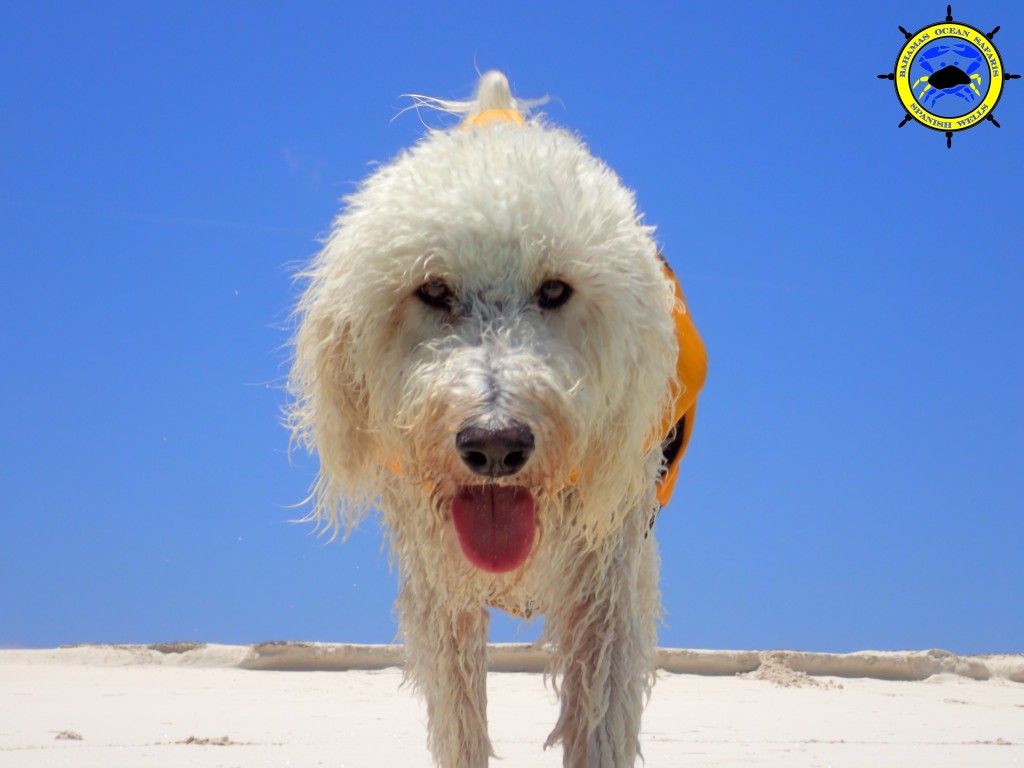 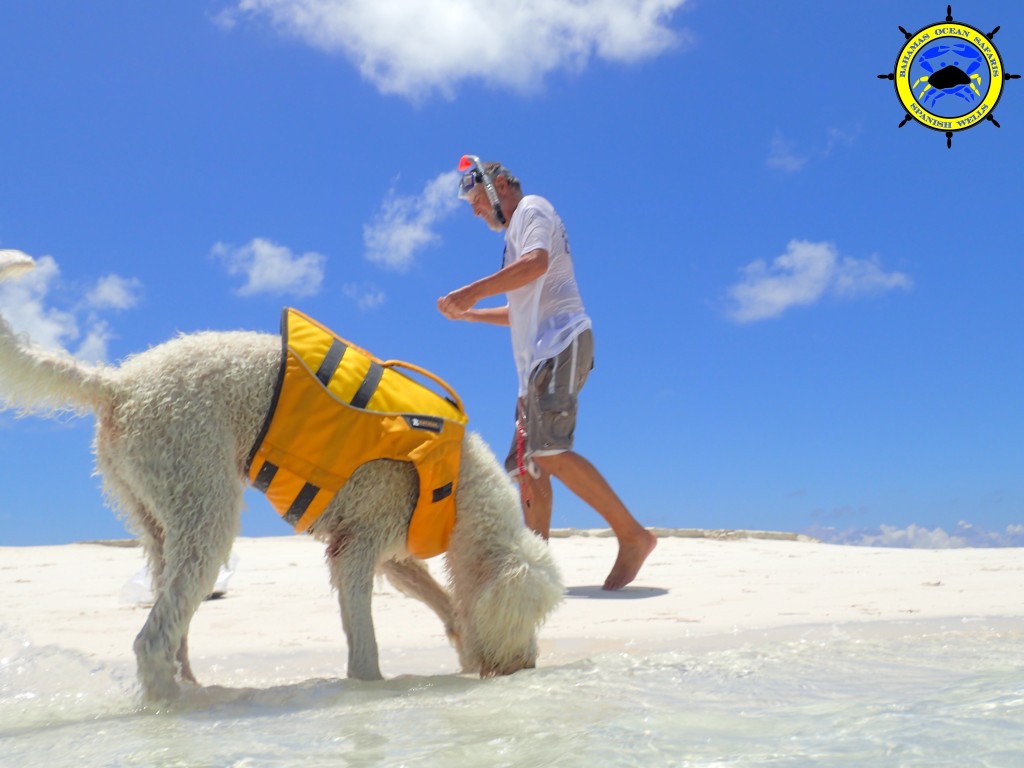 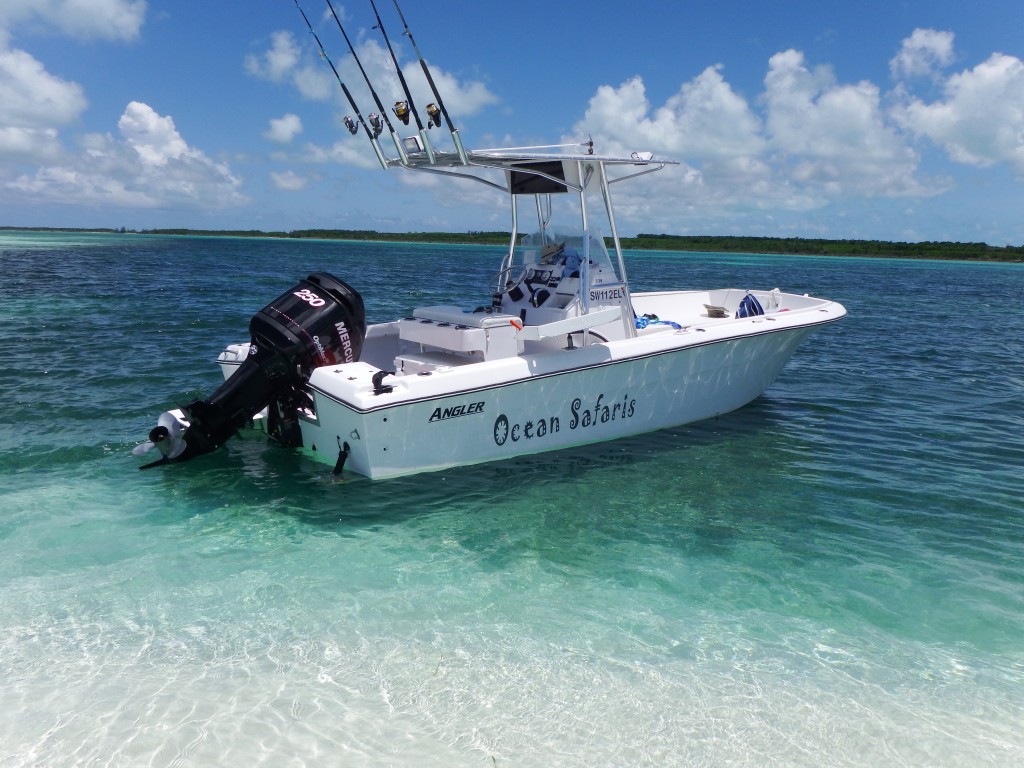 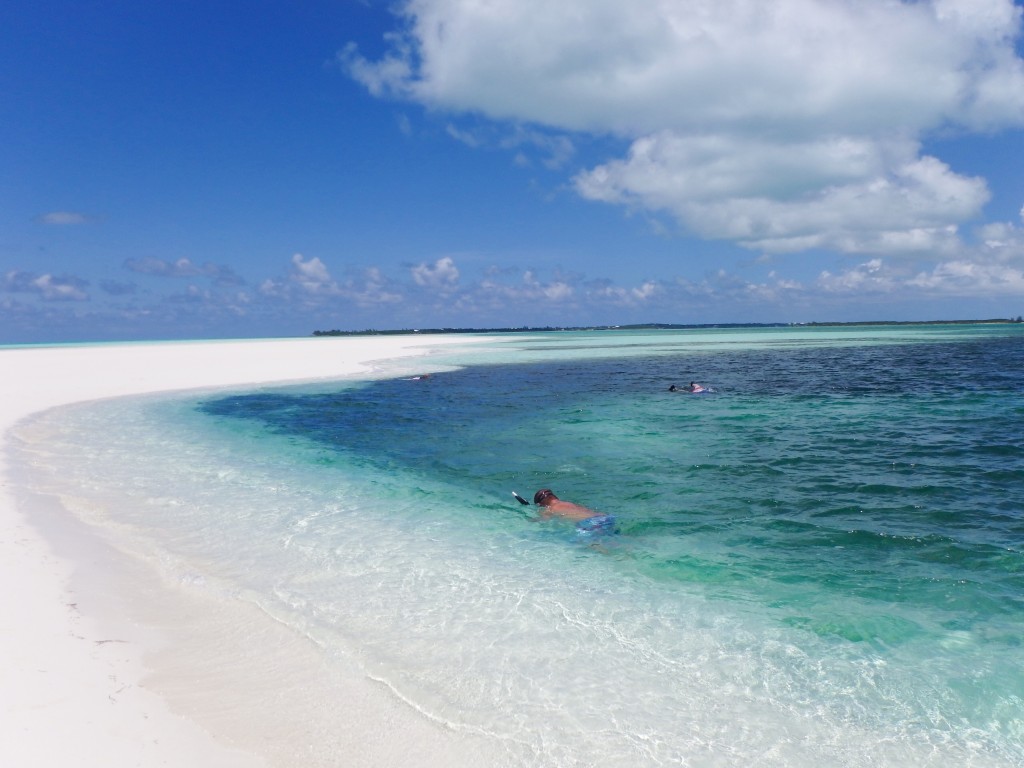 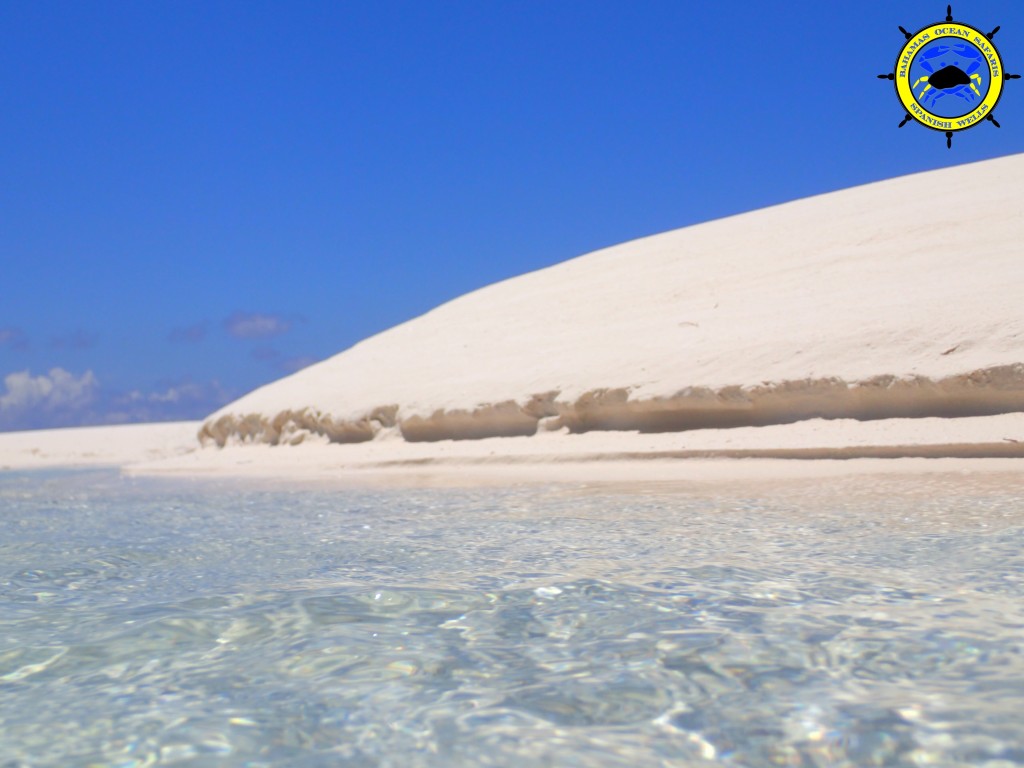 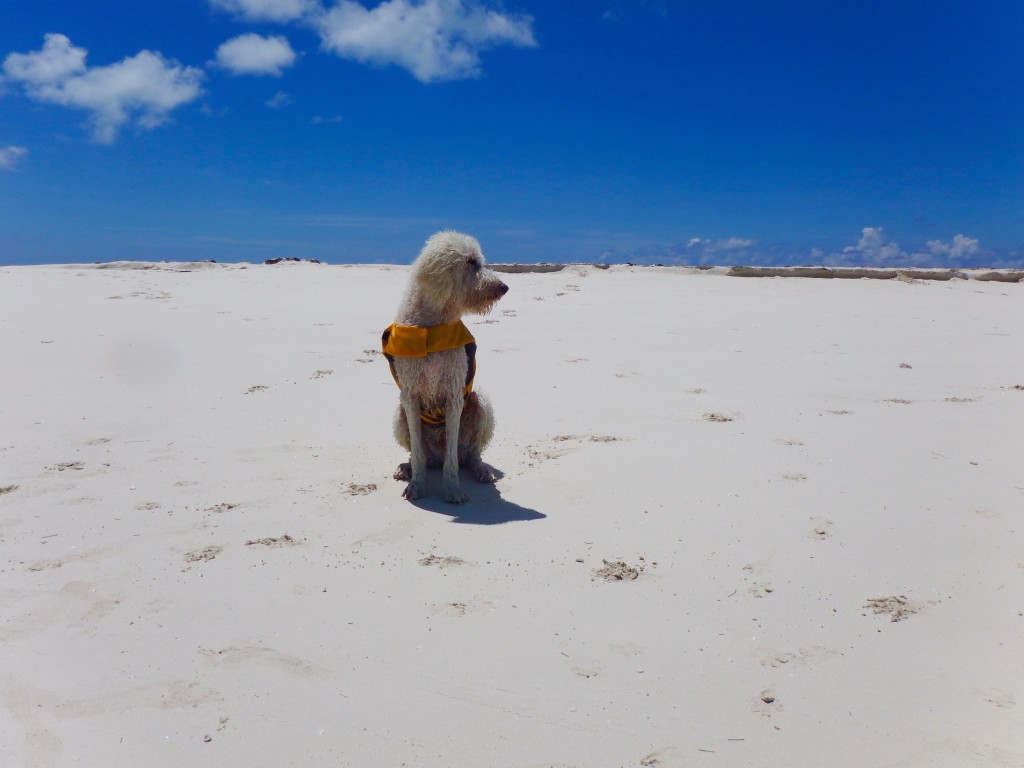 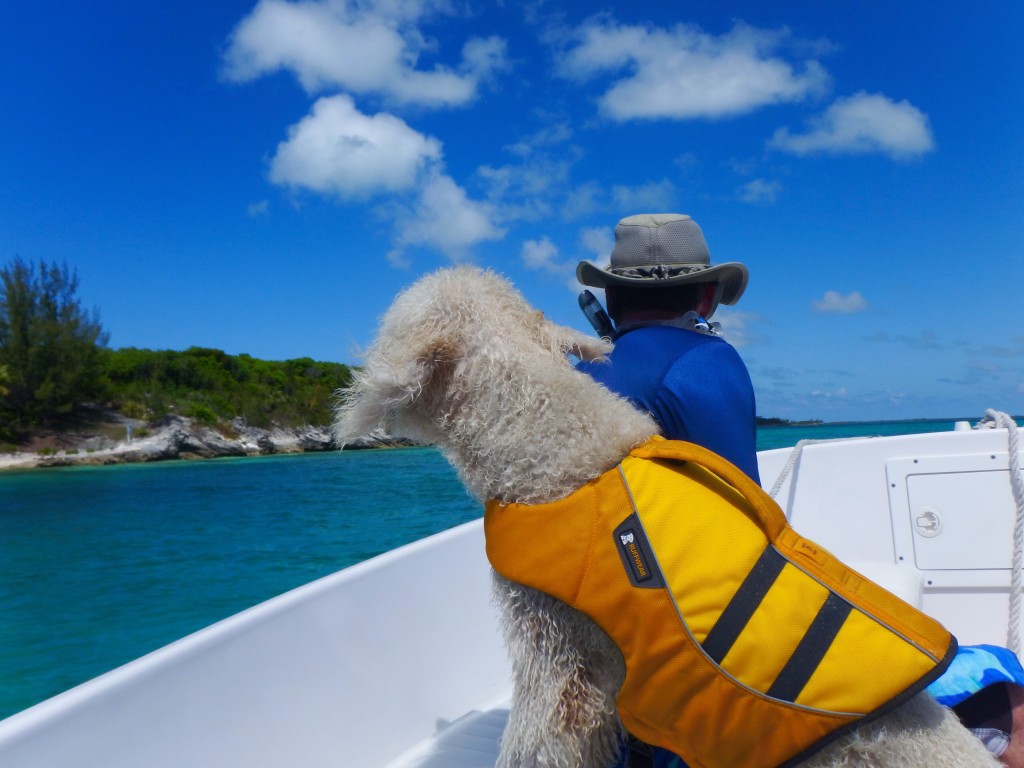 At the end of the day, James cleaned the fish he speared. Unfortunately when he cut into the hogfish he saw it had ciguatera poisoning so he threw it out, but the grouper made a tasty dinner for us. 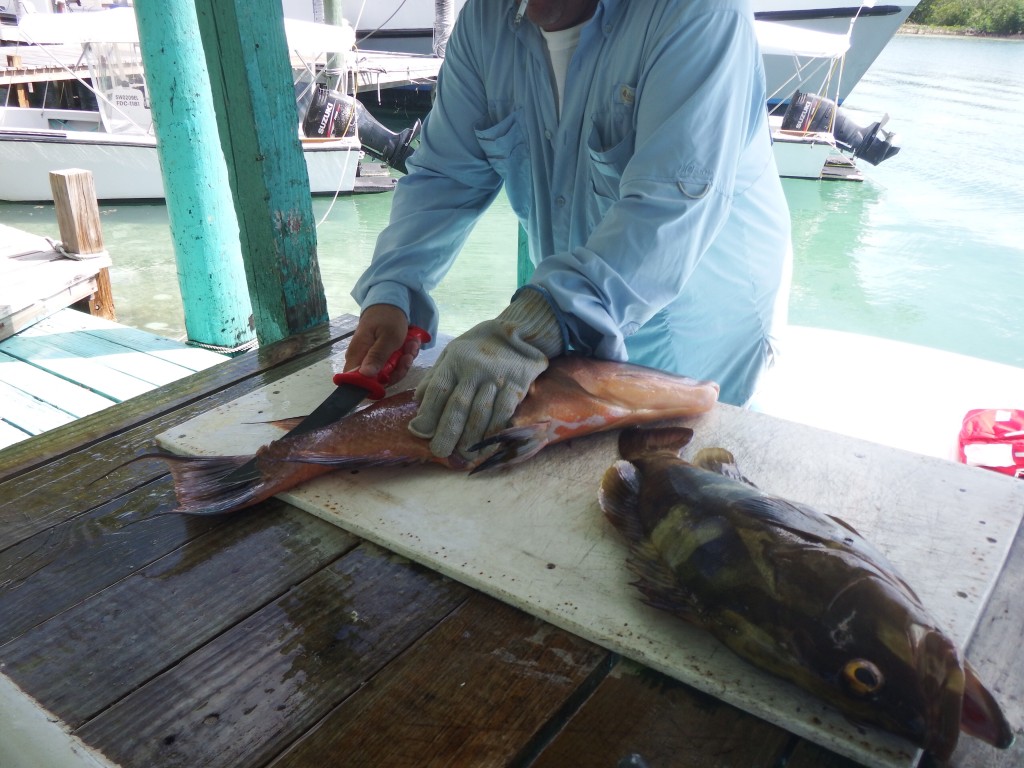 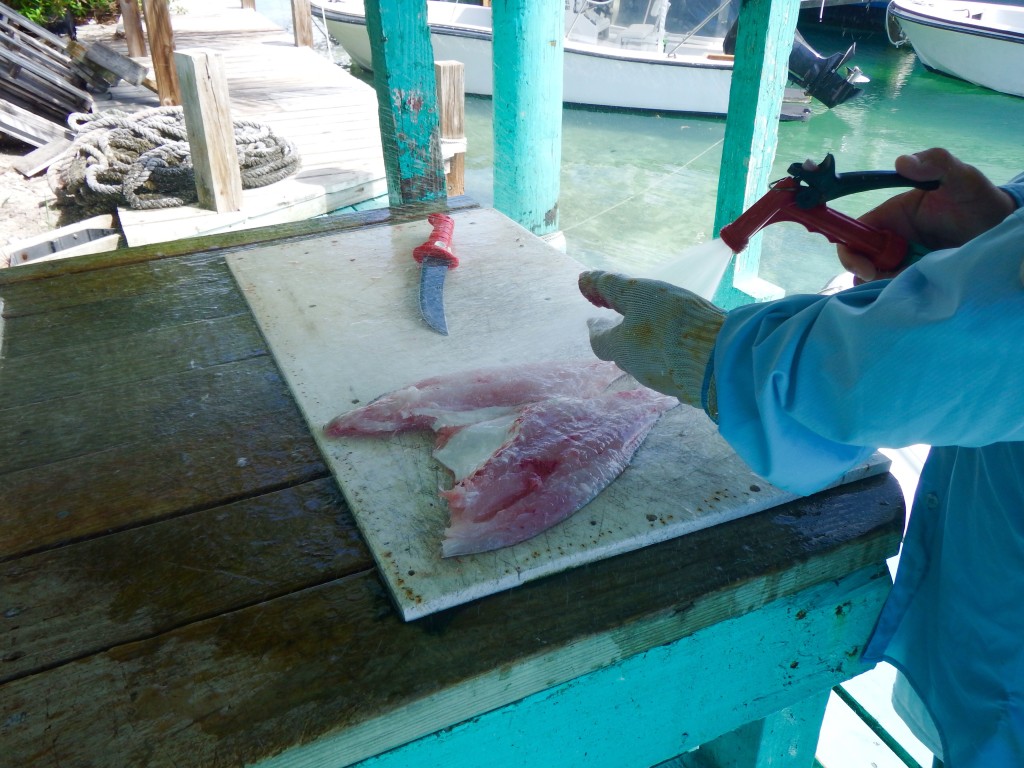 On our last day in Spanish Wells, Peter went kayaking. We had lunch at Buddas, watched a final sunset, and made our last nightly visit to Papa Scoops. 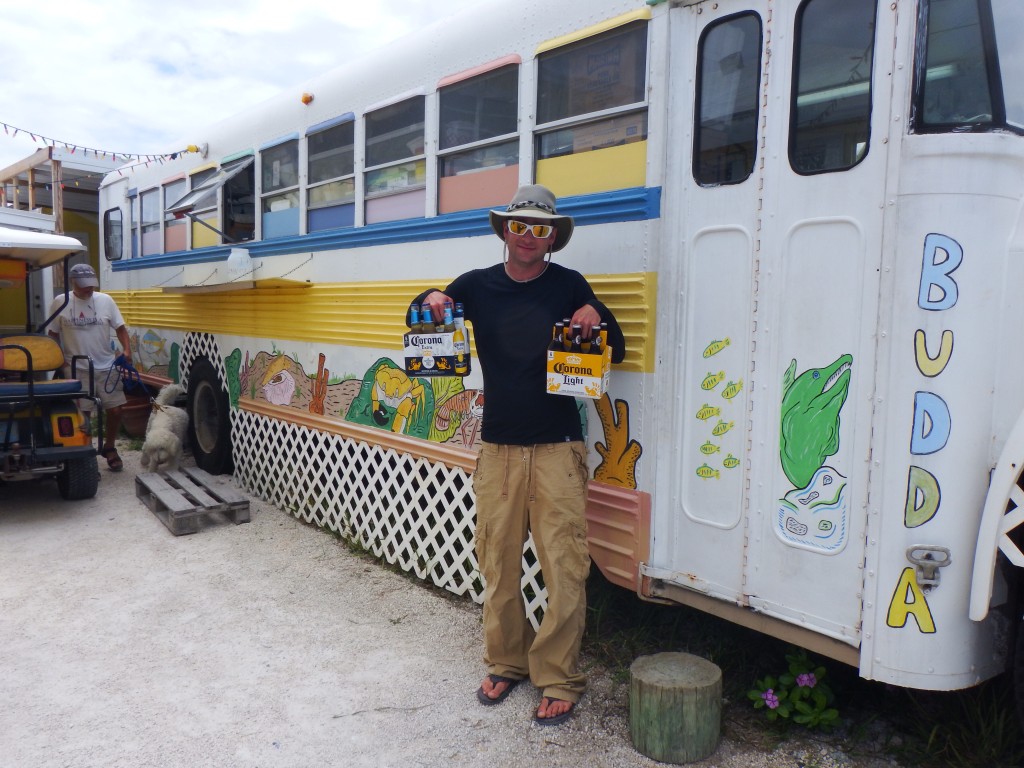 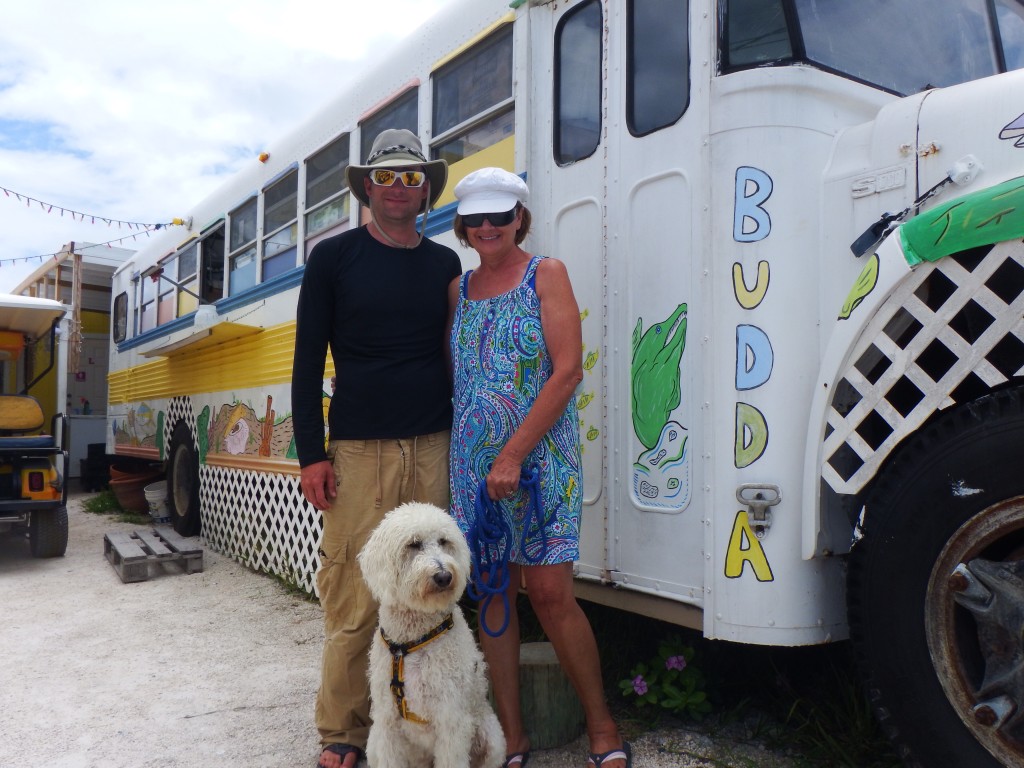 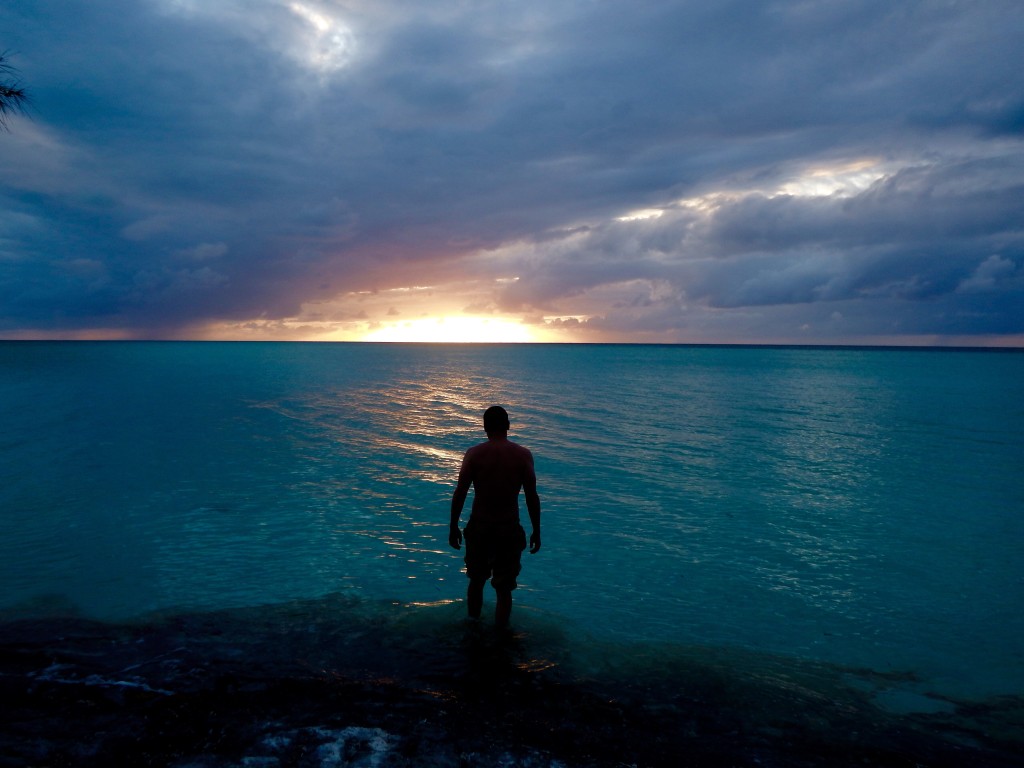 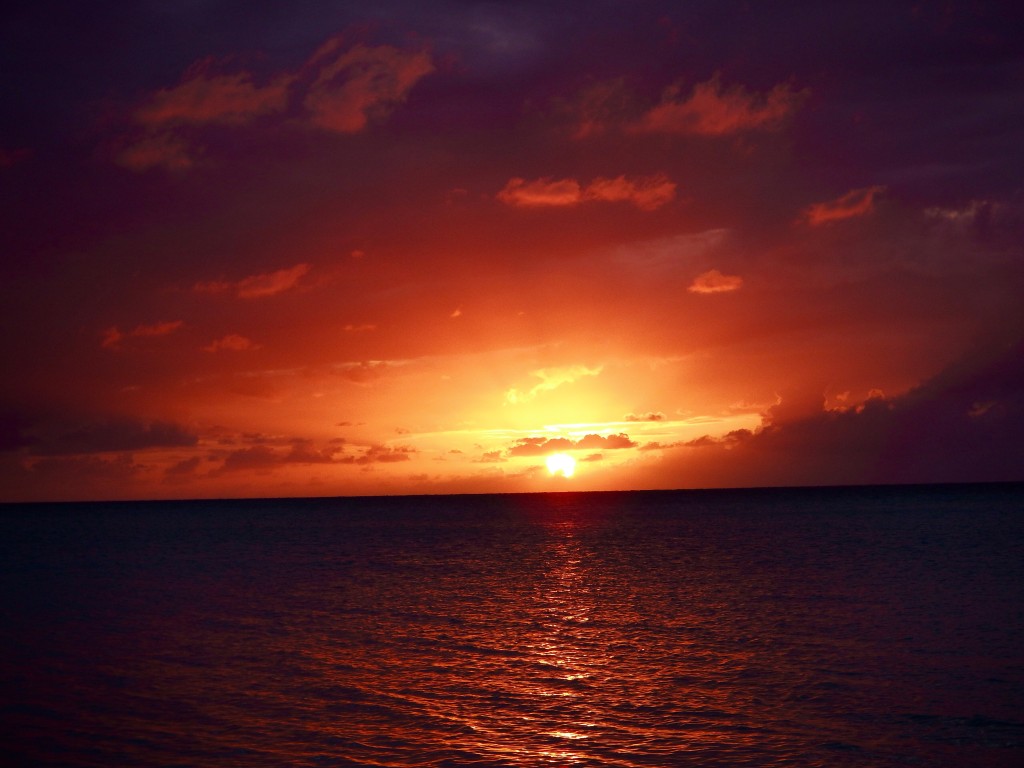