Mark and I grew up in Duluth, Minnesota and their forecast for the next two weeks is snow with lows in the 20’s. It appears they might get an early winter this year. Seasons in Florida are changing too.  When we first moved aboard the boat five years ago we were getting a car to rent and were picked up by a Hertz employee.  While talking to him about the weather he informed us that, “There are two seasons in Florida……hot and damn hot.”  We are now entering the “hot” season, with “damn hot” hopefully almost over. Today seemed like a good day to take Sailor for his first beach walk. Unlike Ft. Lauderdale and Miami, almost all the beaches in this part of Florida allow dogs and there are a number of designated “dog beaches” where they can go off leash.

Stuart Beach is just six miles from the marina. After we parked and made our way towards the water, Sailor seemed quite interested.  He had never walked in sand before and on the wide beach that’s about all he saw at first.  He was straining, obviously wanting to run across the sand, but we had no intention of removing his leash. 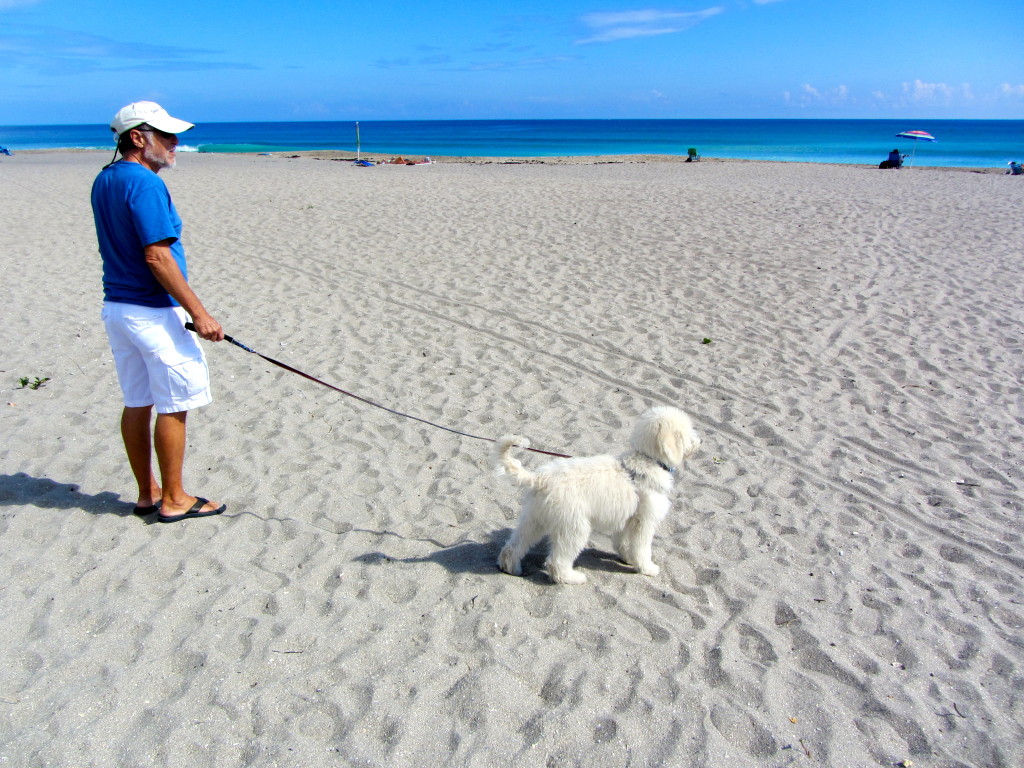 For his first ocean beach experience, we probably should have gone to nearby Bathtub Beach, where there is a reef that keeps the waves off shore. Unfortunately, today the waves on Stuart Beach were a bit high and the tide was coming in.  We connected a long training leash to his harness and waited to see his reaction.  Sailor is always curious about new things and he stood at the edge of the water looking out at the ocean, not knowing that the edge would soon change.

And then it did and he wasn’t quite so curious anymore. As the water came towards him, Sailor ran backwards while Mark let out some of the leash. 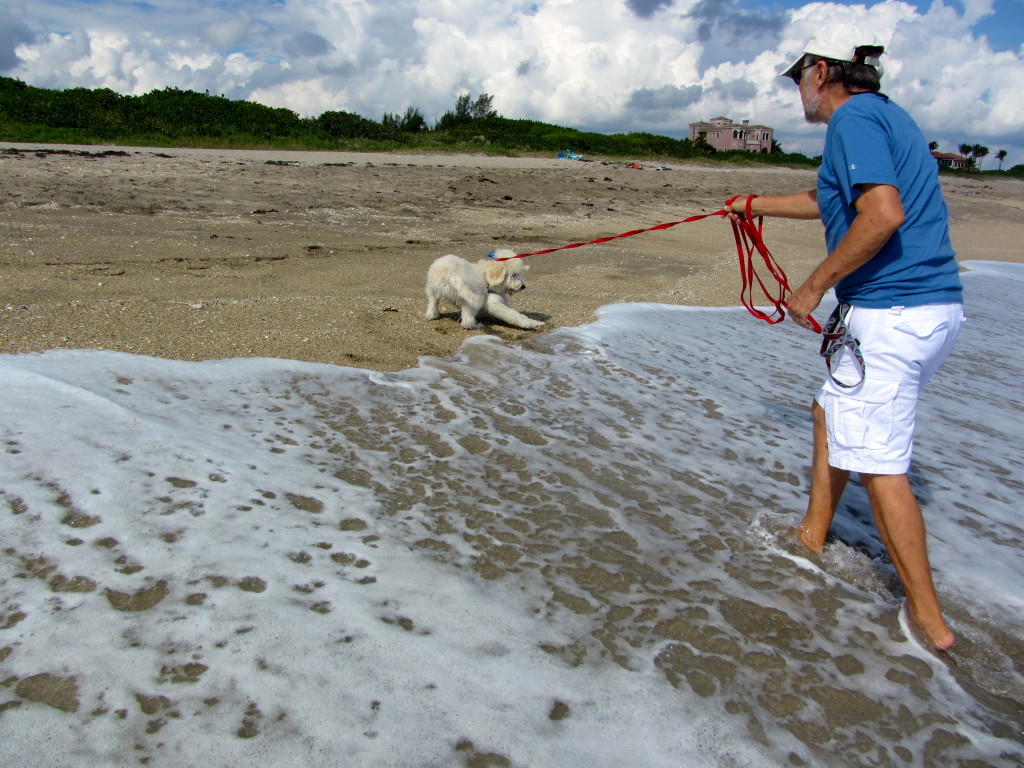 Not wanting to scare him, we walked along the beach for awhile staying away from the water’s edge.  Eventually, two off leash dogs came by and Sailor got curious again. They played for a little while and then the dogs continued their walk. 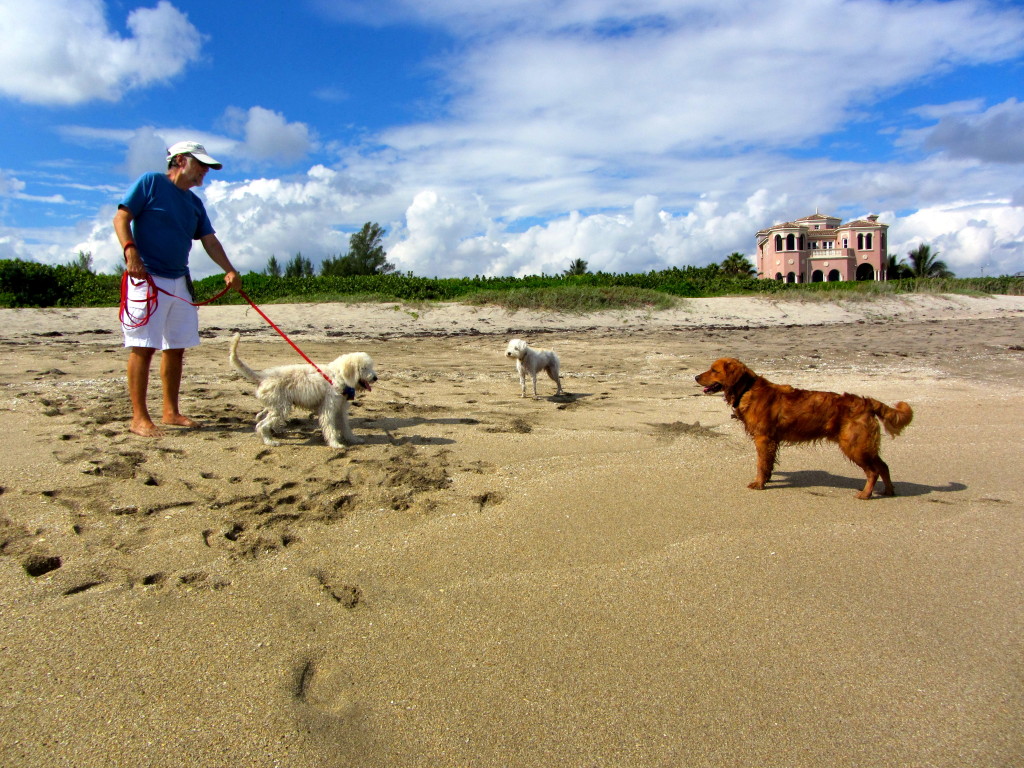 Daisy’s first beach experience was along the coast of Lake Superior and those waves scared her.  Eventually, she learned to love walking on the beach and I’m sure Sailor will too.  He has a lot of them in his future.