The distance from Miami to Bimini is about 50 miles. We arrived at 1900 on 12/27/14, pulled into a slip and settled in for a few days. The first part of the trip was a little lumpy but about halfway across the seas flattened and it became more comfortable. We were motoring directly into the wind. We have been in Bimini a number of times so we knew the channel into Bimini Sands in South Bimini but they have changed the markers since last year. A new large unlit channel marker went between our hulls and popped out under the dinghy.  No damage to the boat, but sure sounded bad!

We enjoy Bimini Sands because it is so quiet here and the marina has wide slips and floating docks. It is the only Marina in South Bimini. In the photo below we are between a large powercat and Interlude. There are other marinas in North Bimini, but they aren’t this nice. Also the current is strong at the other marinasmaking boats rock in the slips. Today we watched a sportfisher try 4 or 5 times to get into a slip with a strong current at Big Game Club Marina. Bimini Sands Marina is surrounded by condos and there are two pools, a tennis court, and several restaurants here. The beach is nice for walking, and Sailor certainly loves running on it. 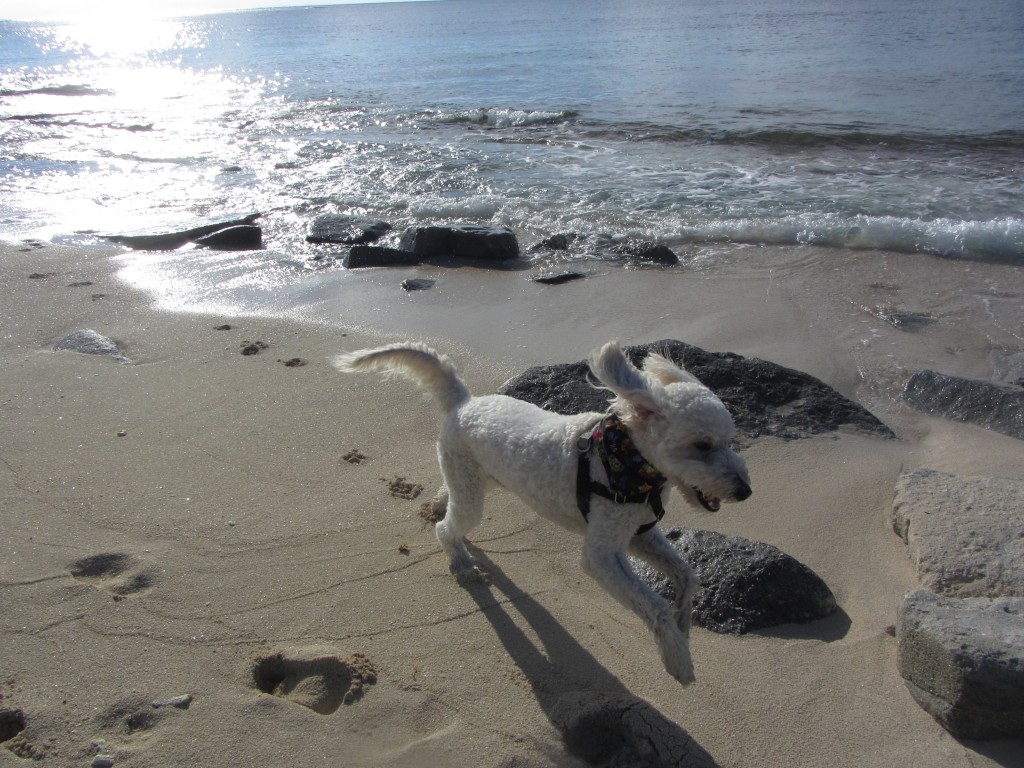 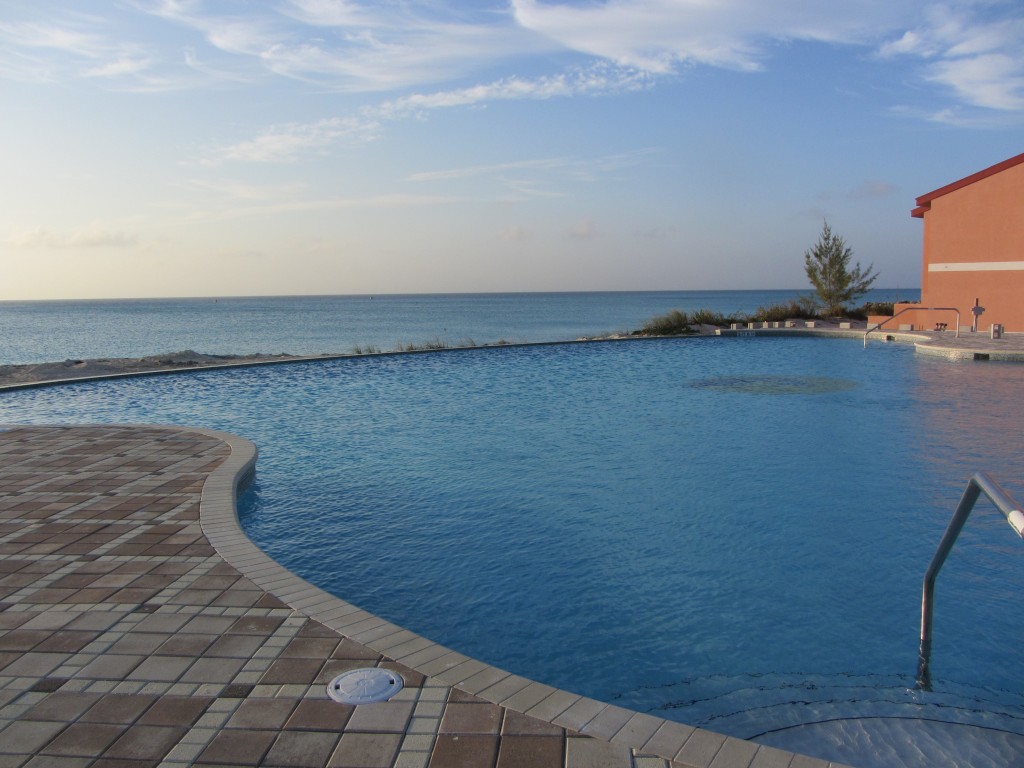 We are staying three nights and leaving tomorrow, December 30.  As always, moving around on a sailboat is dependent on the weather. We are hoping to get to Chub Cay tomorrow and Nassau on Wednesday. If the good weather window continues we’ll go on to the Exumas, probably Highbourne Cay on Thursday. While here we had some delicious pizza last night at the Beach Club on South Bimini.  Today we went to the phone company office.  No matter how hard we try to activate our phone and iPad ourselves, something always seems to require a visit to the Batelco office.  We took a colorful bus to the Beach Club and a water taxi to North Bimini.  Lunch at the Big Game Club and Marina was excellent.  (If you look closely, you can see the scars on my knees from the knee replacement surgeries in September and October.) 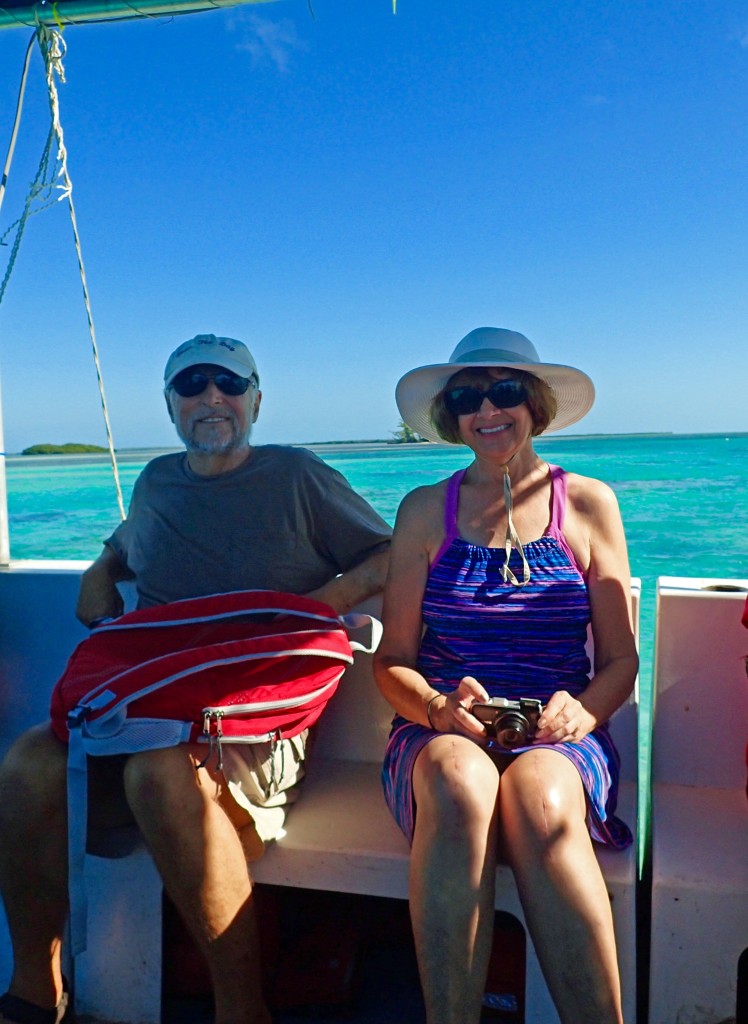 Mark had several jobs to do here. It seems that when we have the mast taken down for hurricane season, there are electrical repairs to make. This time, the  anemometer (wind vane) at the top of the mast is not working. Also on the mast, the radar is not getting the information to our chart plotter.  Much to his dismay, Mark had to climb up to the top of the mast to fix them.  It is easier to climb a mast at a dock than when bobbing around at anchor. Still not a sailor’s favorite activity. After all this work he couldn’t get either one to work. I’m sure he’ll be back up again, perhaps at our next and last marina in Nassau, until we are headed home in May.