We like to end our Bahamas cruise by sailing from the Exumas to Eleuthera and then north to Spanish Wells.  A good place to cross is at Warderick Wells in the Exuma Land and Sea Park.  We met up with good friends on Interlude, Cathie, Tom and their son Chris, who was visiting them, and enjoyed our last game of Mexican Train before they sail back to the States in a few weeks.

We stayed for two nights in the north mooring field which is one of the most picturesque settings in the Bahamas. In the photo below, Mark and Sailor are on their way back from a beach visit.  The different colors of water are due to depth. It’s easy to find the deep part which is the darker color where the boats are moored. The darkest water color is on the left side of the photo where there is a cut to the Exuma Sound and very deep water.  Snorkeling is good here because no living things can be removed thus we see large lobster and many varieties of fish.  Shells cannot be taken from the beaches. 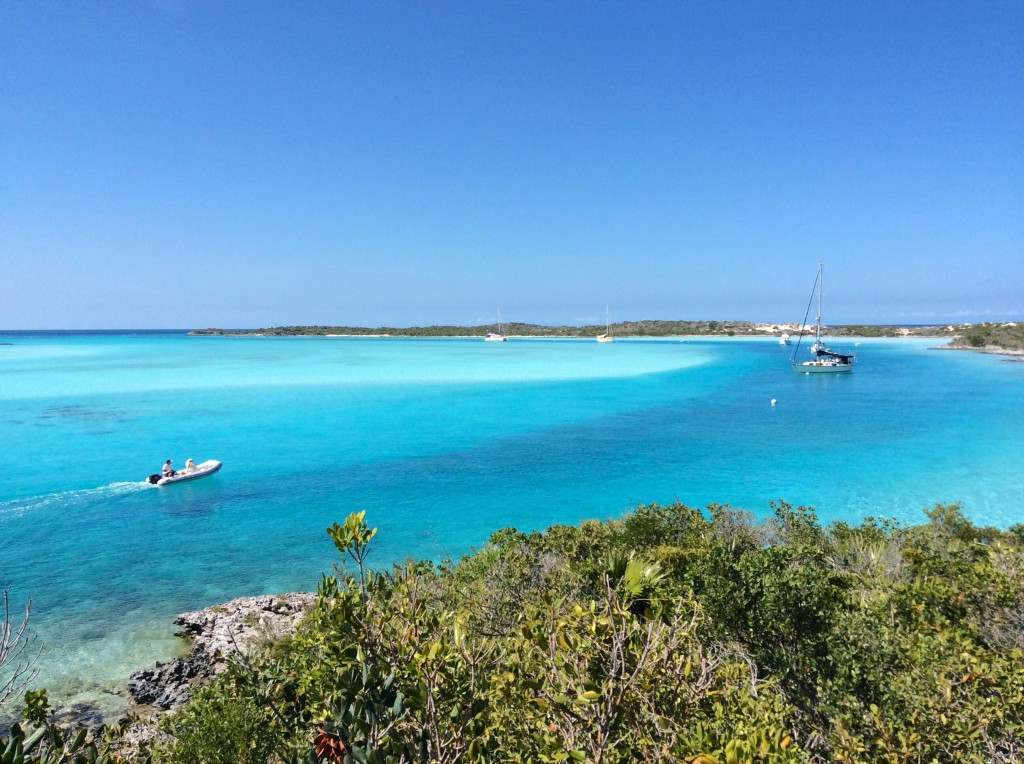 Everyone likes to hike up Boo Boo Hill where you can leave a sign with your boat name on it. The sign must be made from a natural material, usually a piece of wood.  We made our sign in 2010. In 2012 friends Lynn and Shelley on Anything’s Pawsible found it and sent us a picture.  We saw it next in 2013 and added the date of our visit.  Shortly before we arrived here this year we got an email from Minnesota cruiser friends who had just been to Boo Boo Hill, found our sign underneath some others and put it in a more prominent place.   Therefore, we quickly found it a few days later thanks to Bill and Judy on Jubilee.  Mark had used a dremel and paint to create the original lettering, but this time we didn’t have the tool charged so we just added “RIP 2013” by Daisy’s name and added “Sailor” along with 2014 all in Magic Marker. 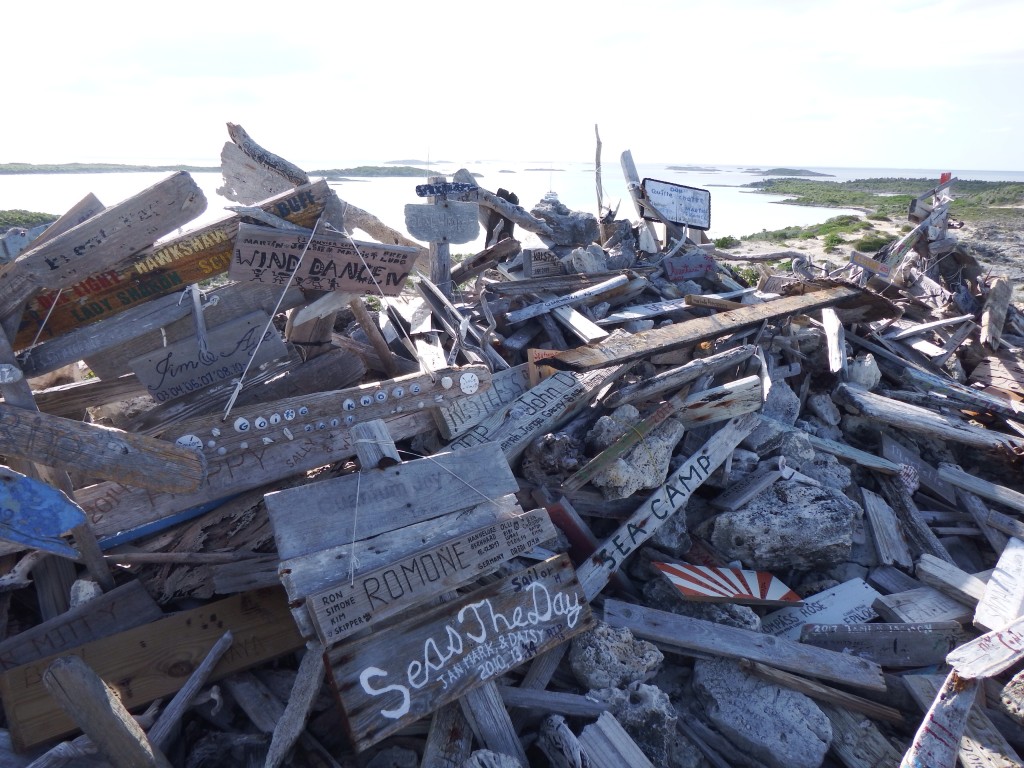 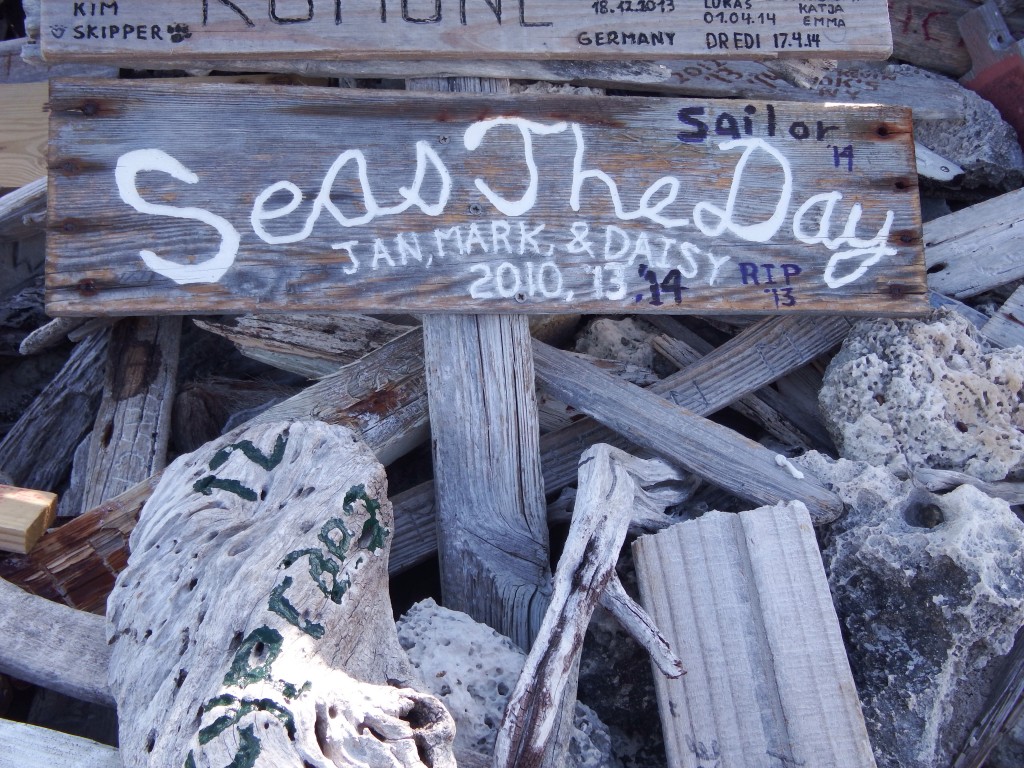 Another site at Warderick Wells is a skeleton of a Sperm Whale.  Sailor loves bones, but he didn’t attempt grabbing these. 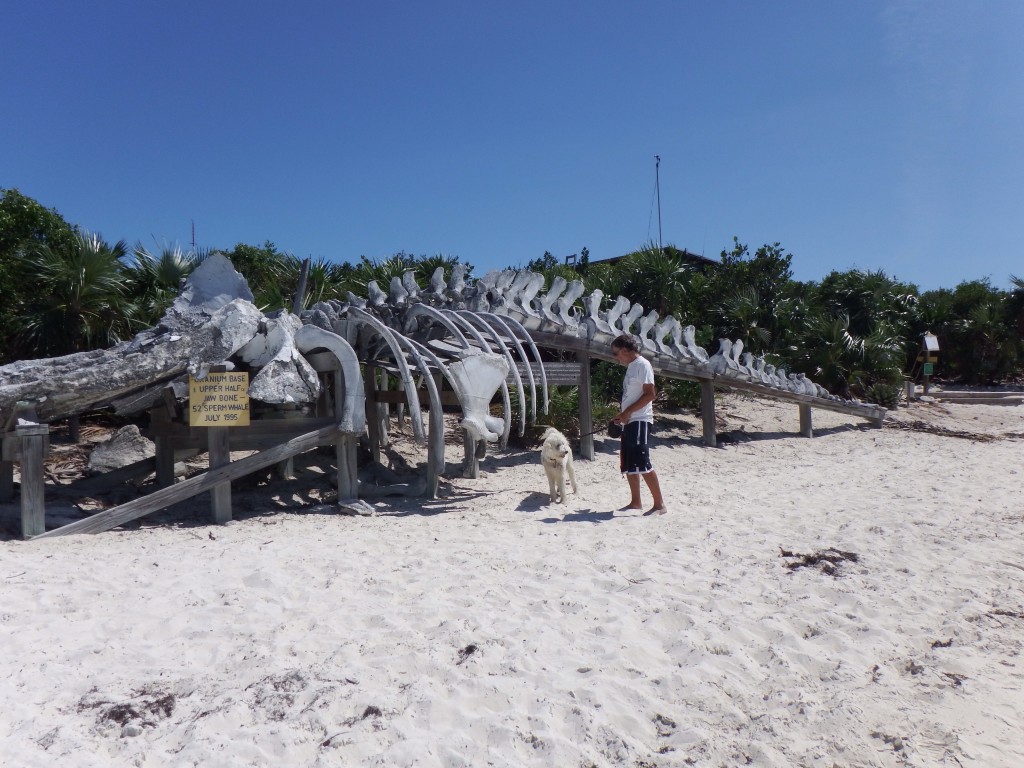 By now, Sailor is probably totally confused about where he is and we have lost count of the number of beaches he has visited. However, regardless of the island or the beach, Sailor is happy if he can just fetch his floating Kong Wubba. 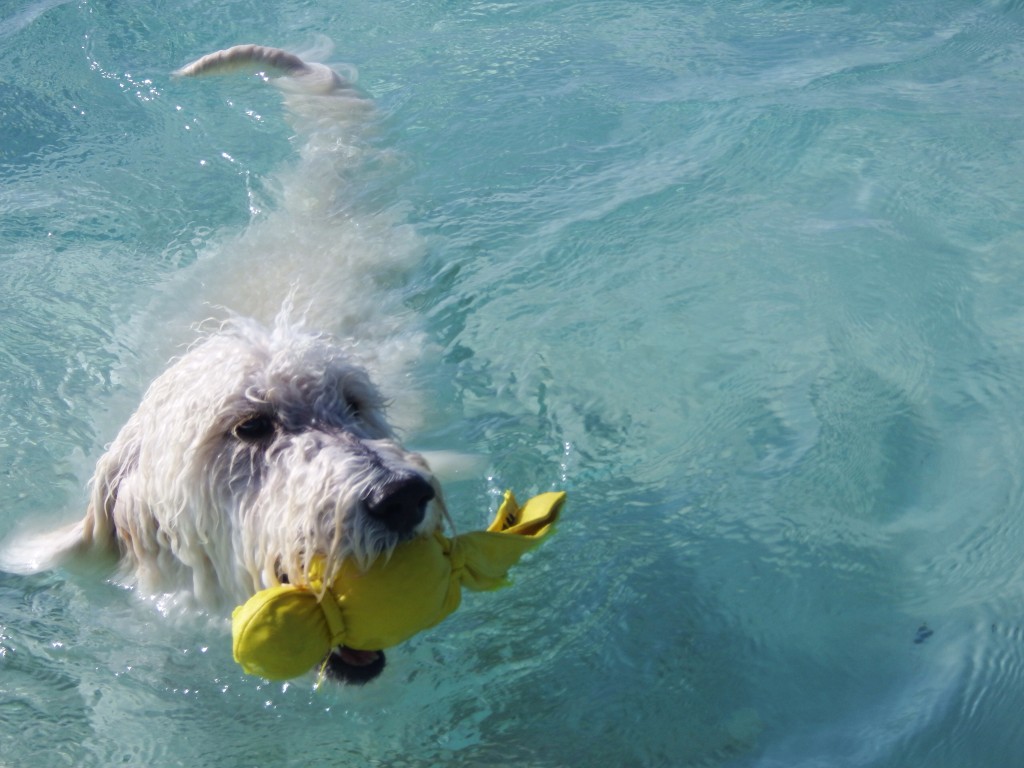